Basic Mobile modules for Unity are free for all

May 21, 2013
Last year, Unity gave away free licenses for the Basic iOS and Android add-ons. This was, back then, a temporary promotion. I reported about it as well.

Apparently, they want to attract even more mobile developers and decided to release these add-ons for everybody, without cost. So you can now have a free license of Unity, which supports Mac, Windows, Linux, web player, iOS and Android.
Other platforms are in beta: Blackberry, Windows Store apps.

Read some more and look at the announcement from Unity's CEO David Helgason at the Pocketgamer blog/site.

You might have to wait a bit, since the Store-page is temporarily off-line at the moment. 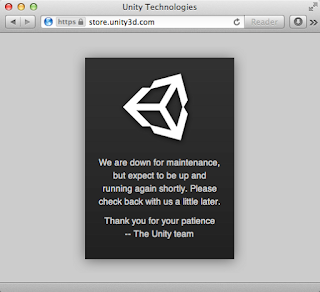 There is still the non-free Pro-license of Unity and the non-free Pro-license of the iOS and Android add-ons, which present quite some additional functionality. The most 'missed' features, at least according to me, are realtime shadows, bounced lights for baking and the performance features of LOD, static batching, Occlusion culling and Light Probes. Well, I believe so, since I never used the Pro-version thus far.

Edit: after listening to the Unite Nordic 2013 Keynote speech, I can add a few more "details": realtime shadows from directional lights (the sun) will be included in the free version. That is really nice for architectural visualisation! Text-based serialization will also be available, so you can add a Unity project into git or subversion source control systems, which helps with collaboration.