May 08, 2013
While I can not put my hands on the new versions of both of these applications, the web is getting filled with announcements so it is a good moment to see where both of the most popular BIM authoring tools are going to. I go over the "new" features and see how they relate to their main competitor. This way, my post is not simply a copy-paste of the PR mailing ;)

I got most of what I learned about if from this blog post. 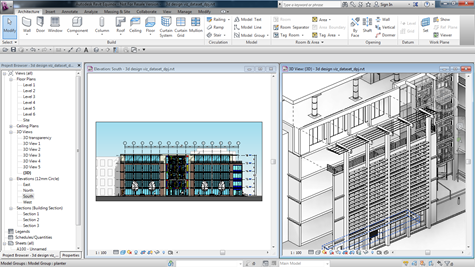 All in all, a fair update, with no "in-your-face" new features. This is not necessarily a bad thing, as many of the improvements seem to be oriented to productivity and making the system behave more logical, which can only benefit the user.

The official announcement and overview is on the Graphisoft website but I read it first on the Shoegnome blog. Apparently, as an end user, we are warned only later on. 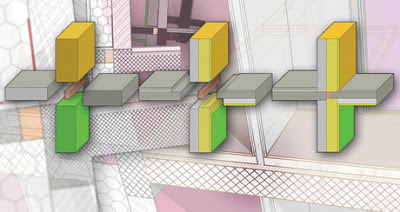 As I am mostly an ArchiCAD user, I am probably biased. The new ArchiCAD 17 confirms that Graphisoft is still capable of producing enticing new features, hopefully not accompanied with a large list of unresolved old bugs. The new Revit version seems to be more about productivity and under-the-hood changes. I just wish that Autodesk would more openly support IFC and openBIM as to promote that we all need to collaborate.

As an educational user, I'll have access to both programs without license cost, so I intend to keep them both installed on my laptop. But as usual, it can take a while, before they are actually available in the regionalised version; so the beginning of the new semester will be tricky, as always.