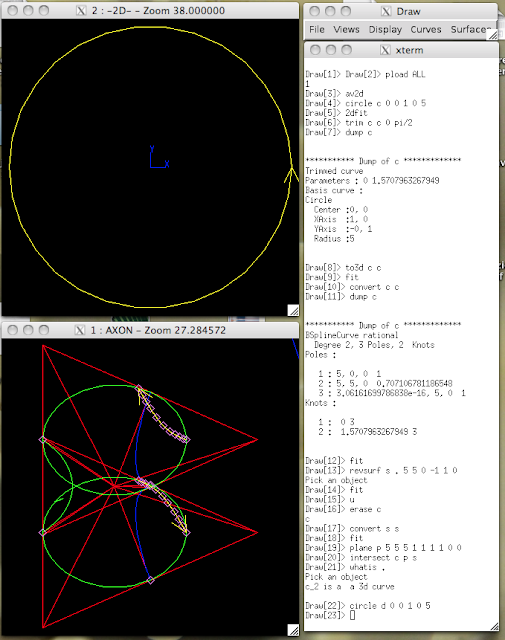 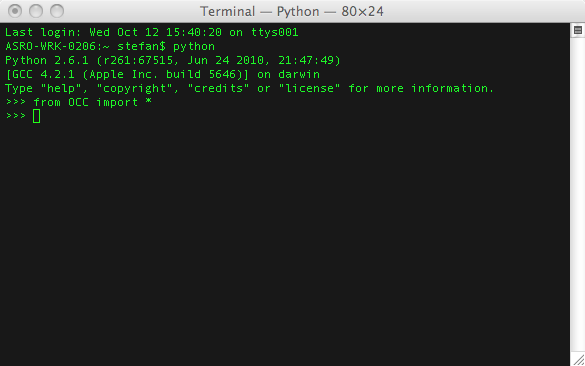 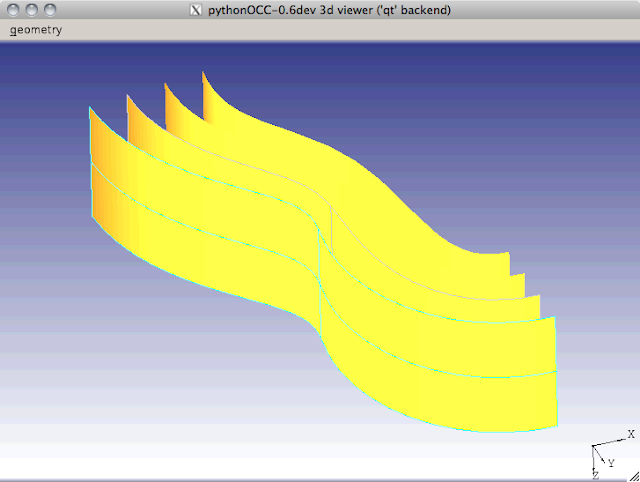 My personal thought: installing XCode, X11, fink (with hundreds of programs that are already inside OSX), OpenCASCADE, qt4-x11, SIP, PyQt4 and finally PythonOCC to make small scripts is quite a contradiction... But it is open, flexible, cross-platform and can be the basis to prototype a new CAD system that innovates.