June 05, 2014
This is a loaded topic. Every time people start to compare Mac and PCs or ArchiCAD and Revit, they start arguing. 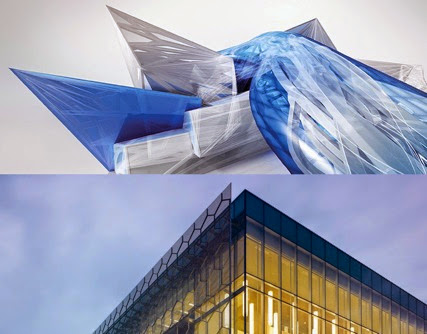 My point is merely making a neutral overview over the most important new features from both applications and how they compare to what is missing in the other or what has been available already. As an ArchiCAD user, I have to admit I’m more experienced with ArchiCAD but I have used Revit, took classes and know a thing or two (three… four) about CAD and BIM software from my years of experience. So I don’t apologise, but rather feel that I have something to say about it.

By the way, this post has also been included with CAD Digest Selection.

Obviously there is more to these updates. And I guess I am biased too. But I was a bit surprised about the fairly negative reception of the Revit 2015 update. Sure, there are almost no “killer new features” this year. But that said, many people often complain about having such big new features at the cost of not refining the existing ones. Lack of innovation? Sign of a maturing product? Listening to current problems users are facing? I don’t know.

I guess Graphisoft, despite being relatively small when compared to the development team of Autodesk, is able to still do quite big new features (TeamWork, Building Materials, EcoDesigner, Morph and Shell). But rest assured that many users still complain about not always finishing them properly, by taking a few releases to get up to scratch (Curtain Walls and Interactive Schedules come to mind) or simply not updating them anymore (Calculation System, StairMaker, LightWorks). Rendering has finally been switched and (if rumours are true) StairMaker will eventually be better.

So far, the ArchiCAD 18 update seems to be the biggest one, but I’m glad that Revit is improving its support for IFC with 2015.

What do you think?
Information Modeling Rendering