From BIM to Unity… and beyond?

December 19, 2013
You may have noticed that I'm interested in Unity. Here is another post about this fascinating game engine.


Unity eBooks on offer for $5

There is of course my own book "Unity for Architectural Visualization" (http://bit.ly/17u87df). I you act quick, you can even buy it at a great discount, since Packt offers all eBooks and video courses for $5 till Jan. 3d (http://bit.ly/1jdCr2W ).

I can recommend the Unity Game Development Essentials book by Will Goldstone as a general introduction and the Unity 4.x Cookbook as a series of valuable little tricks and tips once you know how to use C# in Unity.


Unity for Architectural Visualization as a Video Tutorial?

I'm currently working on a video course on the same subject. Will be still at an introductory level, though. Will be announced later.

I do hope to make a sequel on a more elaborate level as well. Not sure in which format. Book? Video Course? Website? But I'm learning a lot by guiding students in their master thesis and helping them to solve a variety of smaller (and bigger) problems. 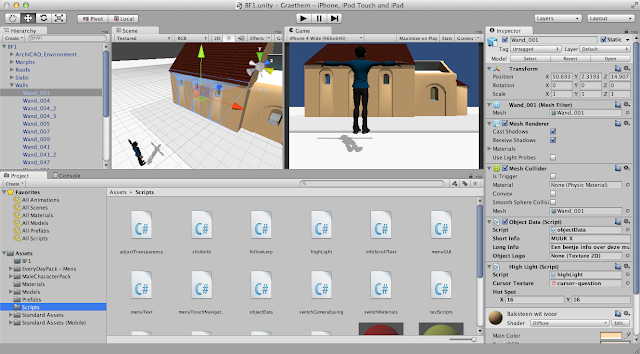 And if I may dream aloud…

I'm thinking about revisiting my PhD project and port it into Unity. Creating a small building interactively, with building elements and exporting this into IFC. Maybe a bit too ambitious, but why not try…

Currently started learning about creating geometry in the Editor from scratch, navigating, using PlayMaker State Machine, better graphics and shaders, some Pro-like effects in the free version and iOS functionality.