About SketchUp 2013 and the meaning of "free"

June 04, 2013
Most CAD and 3D-related websites have already gone over SketchUp 2013 by now. I'm not into repeating all of this, so this is more a personal reflection. 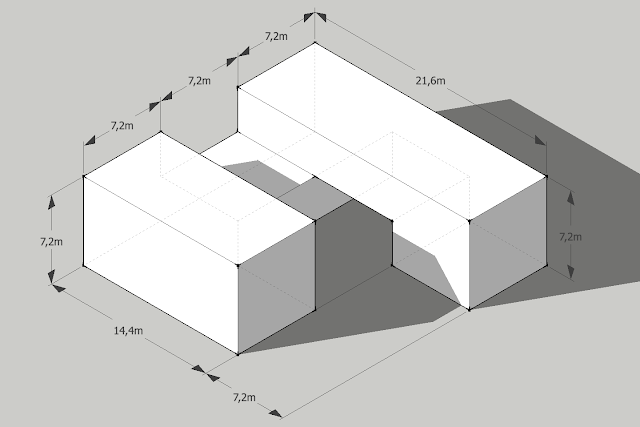 SketchUp has become widely successful for many (valid) reasons. When I discovered SketchUp for the first time, they were at release 2 and ran by @Last software, who had lots of prior CAD experience. I remember suggesting to introduce it into our CAAD classes and we got a classroom license just a day or two before the first lesson. I quickly created some HTML overview pages and we were running. It will not come as a surprise that the software was a huge success.

When Google took over, there were some hesitations, but overall the result was very positive: a free version became available, the 3D Warehouse was only in its infancy, but grew at a tremendous speed, integration into Google Earth was cool.


Reason for success: free to use, integration with Googles 3D Warehouse + Google Earth.

While the pace of updates slowed down, they managed to include some serious functionality: photomatch, layout (with interactive 3D views) and extensibility with Ruby scripts.

Then Trimble took over (April 2012) and while something of a surprise, they managed to change the SketchUp logo and now release a really new version 2013. They kept Pro and rebranded the free version into MAKE. But while functionally, they deliver a good new version, they introduced an important distinction in licensing. The free, eh... MAKE version of SketchUp is not for commercial use. If you produce any model or illustration that is used in a commercial context, you need a Pro license.

I'm wondering how many non-CAD users where using the free version in a commercial context. Because, let's face it, the Pro version was primarily targeted at architects and engineers, with DWG/DXF support, PDF output and scaled printing, alongside Layout. For Game developers and visual artists, the free version seemed to lack mostly FBX export (though Collada was usable) and the Solid tools.


So if you were using SketchUp 8 Free in a commercial context, would you update to SketchUp 2013 Pro? Stick with version 8? Or use MAKE and ignore the licensing terms?

And to end, here are some cool links discussing the new release (and where I read most of the info, apart from the official SketchUpdate blog):