This is an Open Source C++ library for reading and writing IFC files. It does not depend on any external libraries and can be compiled on most modern compilers. It was tested on Windows (g++ and VC++ 2003+2005) and on Linux (g++ 3 and 4).
I had no problem compiling it on OSX Snow Leopard, using XCode 3.2.5.

It contains a STEP library and an IFC library, alongside a quite large list of example programs, including tests, to explain the features of the library.

Using CMake it could compile the full library without problems and the example programs seem to work fine. They are all command-line, so no GUI problems, but nothing fancy to see either. 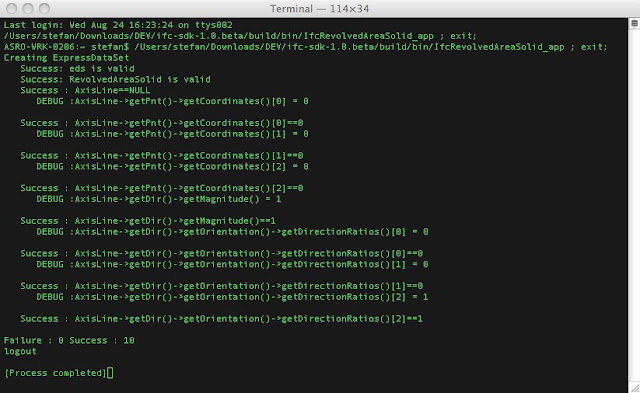 However, there are some caveats...

So if anybody has more details about it and if a more recent version is available, then please comment.